“I decided to take the leap.”

1. How did you get started at CrossFit?
I began Reloaded September 2013 through a Groupon

2. What made you want to start CrossFit?
My husband, Hector, had begun attending CrossFit  305 a year before I started and he wouldn’t stop talking about his experiences and his achievements. He was proud of his first rope climb and encouraged me to go. Our friends were also cross-fitters at another box. They had introduced Crossfit to my husband. Whenever we got together, they talked about the WOD. I didn’t get the lingo at first, could not understand what a WOD was, what a snatch was or a jerk.

I decided to take the leap and begin with unloaded because I was afraid I couldn’t handle the regular Crossfit classes. When I pulled up to 305 to begin my first class, I was terrified. I sat in the car for awhile until I got the courage to walk in. I still remember the tall ceilings, the ropes tied to the top and, my god, the heat inside that warehouse. I wondered how anyone could workout in this environment. I had been working out at 24 Hour Fitness under very comfortable conditions. Never roughing it out like this. I had done plenty of spinning classes but never sat on an Airdyne. I lifted some weights but never with rubber bumpers on them. I had never ever attempted a pull up.

3. What is your biggest accomplishment since starting at 305?
My first big accomplishment was being able to perform a box jump. Jeff could tell you I was terrified in the beginning. In my mind, I could see myself leaping like a cat right on that box. In reality I would not lift more than 4 inches from the floor, it was all in my head. I look back now and I am amazed at how I am able to do a 20 inch box jump. Not much for some but it means a lot to me. Another big accomplishment is being able to complete a pull up. I never ever thought I could do a pull up. But my biggest accomplishment really took lots of courage because I am afraid of heights. It took all the courage in the world to be able to climb the 15 foot rope. I have to say this was one of the greatest accomplishments. Being able to do this has done so much for my confidence. I owe all of this to Crossfit 305.

4. What do want to achieve at 305?
Since I have left reloaded and crossed over to the dark side, as I like to put it, I would like to lift more and get better with my technique. I would also like to be able to perform kipping pull-ups and get over my fear of handstands. Bottom line I want to improve on most every move.

5. Tell us something we probably don’t know about you?
I don’t like to be the center of attention so being selected as Athlete of the month is an honor but I am a bit embarrassed. As I mentioned earlier I am afraid of heights.

6. How do you eat?
I think I eat pretty well, I stay away from simple carbs such as bread, pasta and rice and eat lots of complex carbs, veggies and protein. My only bad habit is drinking wine, which I try to have in moderation. 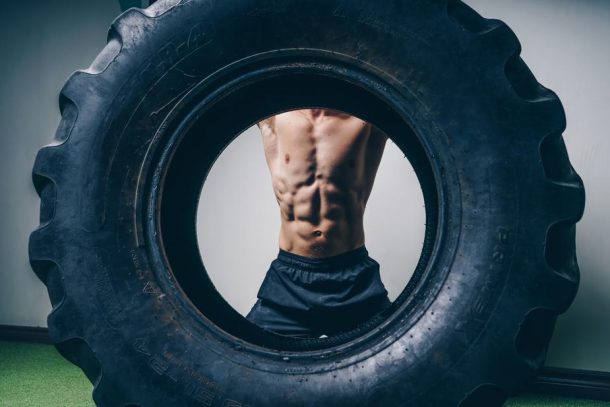